The Magento 2 Webinar On Frontend & Layout Architecture featured a Q&A session between its viewers and the speakers. Some questions raised even more question marks and others were quite insightful. Here’s a compilation.

Via @heyitsnickp: “Will there be any differences in Magento UI between community and enterprise?”
A really short answer here: no.

Why did Magento 2 decide to support LESS instead of SASS?
This has mainly to do with the availability of stable SASS compilers. Two years ago, the Magento team didn’t want to roll their own custom solution and at that time the SASS compiler for PHP was severely limited compared to the best LESS compiler.

Therefore they decided to go with LESS. It is emphasized that Magento 2 is a platform and that the SASS compiler is merely an implementation-choice. People seeking to roll a preferred adapter are free to do so. The code is extensible.

Magento 2 will move away from Prototype in favor of jQuery.

What is the upgrade path of Magento 1.X to Magento 2?
Because there is barely backwards compatibility, it will be a lot harder than point releases. Magento will provide additional resources and technical documentation when the time is there.

Regarding the new “melding”: What about overwriting layout files in local.xml?
Local.xml is obsolete and no longer supported. All the module and theme files will be combined and acted upon accordingly. You can still use the update-directive if you wish to change behavior of other layout-defintions.

Which Javascript library will be used?
Magento 2 will move away from Prototype in favor of jQuery.

Is avoiding code duplication the main concern regarding layout melding?
Yes. In [tests] there was an 80% reduction of code usage. When using layout melding, duplicate code across layout-files will be reduced. A lot.

Can we use any CSS framework or are we tied to Magento UI?
Of course. Magento does not intend to limit you. If you rather use Bootstrap or SASS instead of LESS you are free to do so. You can even ignore Magento UI if you feel like doing so. Various speakers emphasize that Magento gives you a platform with implementation-choices you are free to change to your liking.

What kind of responsiveness does Magento 2 offer out of the box?
Currently Magento 2 (magento_blank) is intended to be mobile-first. Please note that not necessarily all of the latest frontend-matters are currently publicly available on Github. They might still be under internal development.

Only IE9 and above are supported.

Which browsers does Magento 2 support out of the box?
The aim is all modern browsers including but not limited to mobile browsers like Chrome and Opera Mobile. Internet Explorer has always been an obstacle. Only IE9 and above are supported. Argumentation is that with the end-of-life-support of Windows XP, Microsoft no longer supports IE8.

Can melding or overwriting be specified? What is the order of XML files loaded?
Though the modules have precedence over the themes their layout files, currently there is no priority-listing. There is no guaranteed order.

How long does it take to process the LESS files?
First of all because the CSS is modularized on the basis of Magento its modules, it depends on what is enabled and what is not. Then, there is a major difference between production and developer mode. Developer mode will feature continuous per-request compilation whilst production mode will only compile once and aggressively cache the resulting CSS on disk.

This process is called materialization. In general, it will initially take no longer than the widely available command line LESS compilers. After that, the LESS is “materialized” and is pre-compiled available in the assets directory.

Magento 2 will ship with Zend 1

Will Magento 2 feature Zend 2?
No. The investments required to support Zend 2 could not be justified. Magento 2 will ship with Zend 1.

How is frontend performance addressed?
As stated earlier, LESS files will be compiled and saved to disk. Because modules host their own LESS files, disabled modules will not be taken into account. Performance is one thing which is constantly thought about.

← First part of the webinar

Second part of the webinar →

Disclaimer: These questions and answers were manually transcribed during the webinar. Some might be taken out of context, others might be incorrectly interpreted. As always: suggestions are welcome.

Is Dropshipping Dead And What’s The Futur...

Need of Magento PWA and Success Stories Behind It 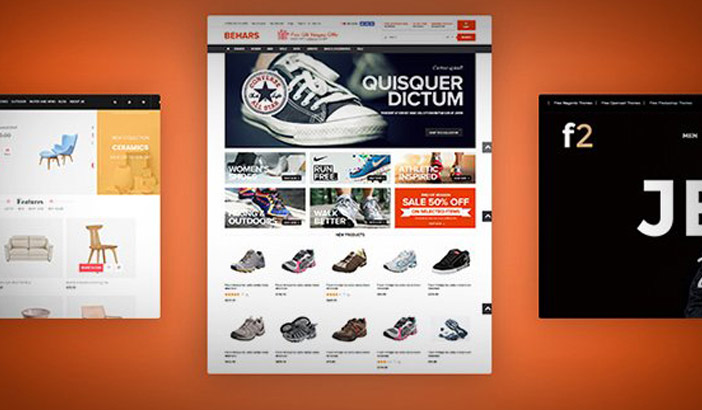 20 Best Free Magento Themes You Should be Using...